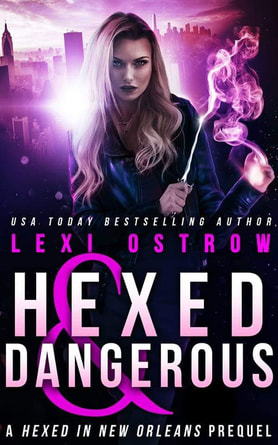 The world is awake – vampires, witches, werewolves, and more are real and outed in the human community.

Fear runs deep, and a set of rules instituted by a small council are all that keep people together with a fragile balance.Ivy Lancaster knows the rules. Be prepared, be efficient, and get out. That didn’t make going to council meetings more enjoyable. As the Witch Elect, she knew far better ways to help her community stay at peace with humans than sitting through monthly board meetings. Too bad the Council of Supernaturals didn’t care.One thing makes the meetings bearable.

Elijah Vikander has no love for the Council of Supernaturals. He was Alpha. Wolves answered to him, he didn’t answer to others. He could stop going, force the wolves to elect a beta member of the Crescent Pack, but then he couldn’t see the enchanting off-limits witch.

When a group of warlocks threaten to tear the proclamation down and take over the city with forbidden magic, pairings are made to track and take the men down. Ivy and Elijah are forced into a coupling that will either destroy their world, or save everyone. 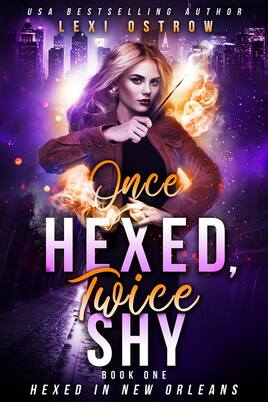 Lita Perrow’s love life went nowhere fast for the past few centuries, and it was about to get a whole lot worse. Her upcoming 500th Halloween meant she needed to find herself a husband or lose her powers forever. She'd last dated a human and knew not to make that mistake a second time – which left the Witch’s Tavern her only option to find a husband if she didn't want to leave New Orleans.

Sam Carson hated magic users thanks to a pissed off ex who’d hexed him – which made his current predicament all the more ridiculous. As a detective, he didn’t get to pick and choose his cases, so he found himself staking out a magic bar watching for magic deals gone awry. Or at least he was until Lita Perrow crashed in and destroyed his life for a second time.

When Lita enters the Witch’s Tavern she stumbles straight into a magic deal gone south. Now, on top of needing a husband, she also needs to rid herself of a hex, or find herself very dead. Sam is the only man she can trust, but when all the right moments lead them into each other’s arms, they’ll both have to decide if old hate can be put to rest. 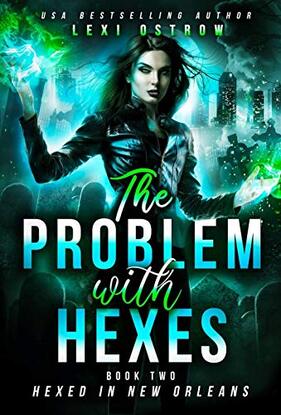 The Problem With Hexes
Release Date: October 26, 2019
Purchase it here

Deidre Adams wasn't looking for love. In fact, since the death of her boyfriend, she'd been blissfully happy with a string of one-night stands and tawdry affairs. Being a witch meant she had a long life left to live, but being alone after having the love of a lifetime didn't bother her.

Jonathon Trevors is the youngest warlock on the NOPD. He often found himself stuck with cases older warlocks couldn't keep up on or didn't want. It also meant he wasn't looking for a wife to share his life with. Work kept him busy and he liked the life he lived.

Deidre and Johnathon happen to be at the same place when a murder takes place and they find themselves hexed together. They'll have to find the killer in order to get it removed or face a lifetime forced together. 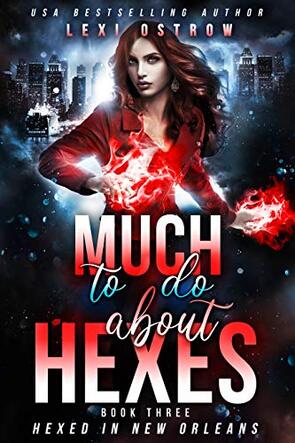 Much To Do About Hexes
Release Date: February 29, 2019
Purchase it here

Grace Harper was still adjusting to life in the Big Easy when the vampire clan who followed her from New York attacked her. The last thing she'd wanted was to file a police report, but a cop witnessed the event and saved her the human way when her magic failed.

Tanner Carter never hesitated to save a damsel in distress. It just wasn't often they turned around and hexed him as a thank you. He loved women and found himself in quite a pickle thanks to said hex. He couldn't be with any other woman until he took down the vampire clan who attacked the young witch he'd saved.

Grace hadn't meant to hex Tanner, but she didn't always think before she cursed. Now he won't let her out of his sight until the vampires are dead and his hex is dissolved. Too bad neither were prepared for the way danger and tragedy could bring even the most different people together.