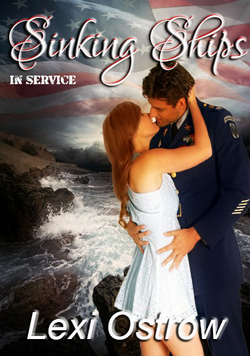 Ashley has grown content with her life. Her husband is in the United States Coast Guard but has been assigned a land unit. Which means more time with him and no chance of danger. But then he gets bad news. He's been put on special duty assignment that will mean months of deployment in various open waters. Because he's in the Coast Guard, Ashley assumes that nothing can go wrong.

Waterways have been under attack from pirates of all kinds in the past years. Travis's cutter is destined for waters where they have been seen and there's no telling what his ship will encounter.

Left alone with her memories of their life together Ashley will face the toughest deployment separation yet. Will a lifetime of memories be enough to keep her and Travis from falling apart? 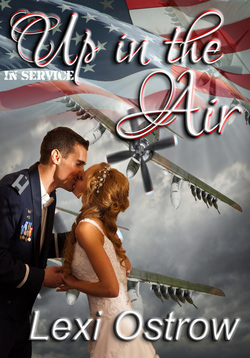 Up in the Air
In Service Book 2
Purchase Here

Ryan grew up as a military brat, and always looked forward to joining the USAF, and following in his father's and grandfather's footsteps. With college done, he was ready to start the next step in his life, but not before seeing if the woman of his dreams would be his wife.

Elana had known since high school that she would marry Ryan. She'd also known that it meant she was destined to be a military wife, something that had never truly bothered her. Never until Ryan left for basic training right after proposing.

Love or duty? Both are on the line as Ryan and Elana struggle to find themselves in the newest chapter of their relationship. The military lifestyle isn't for everyone, and only time will tell if they choose to say "I do". 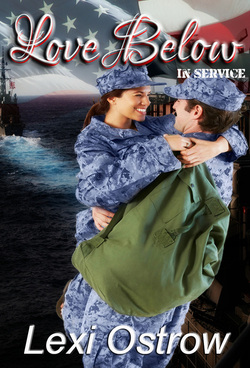 Darren Sinclair lost the love of his life after being too foolish to accept that she wanted the same thing he did — a career in the Navy. Ten years later the pair find themselves stationed together and reliving the past.

Darren and Sophie will have to navigate not only their past, but their present feelings in order to comply with military orders.Just when they think they have it all figured out, something takes them back to the beginning. 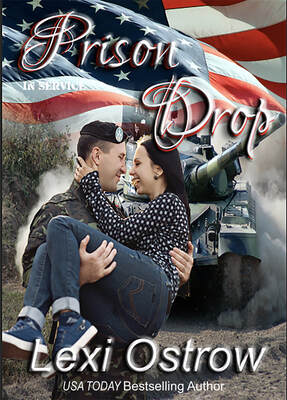 Prison Drop
In Service Book 4
Purchase Here
Lily's world spun out of control when two soldiers arrived carrying a folded flag for her father. She swore she would never get tangled up with a military man as long as she lived - there was no connection strong enough to make her want to go through what her mom did.

When Lucas' and the members of his unit were rescued, many men and women had died. He was lucky to be alive, and luckier still to continue to serve his country and avenge those they lost by keeping others safe. An undelivered message keeps him up at night until he finally has a chance to pass along his commander's final words at a memorial ceremony two years later.

Neither Lily or Lucas were prepared to find comfort with one another after Lucas shared her father's message. He's ready to win over his commander's daughter, but Lily insists on keeping her promise to herself. Trying to outrun her past could lead to a missed opportunity for two people who need one another to heal. 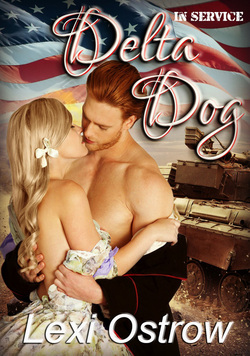 ​Devlin Hart didn't speak about the nightmares that plagued his sleep. He pretended the PTSD wasn't real and pushed on. Until one day, he nearly blew a simple training mission when a flashback landed him in his most dangerous memory. On the verge of being medically discharged, he pleaded for an alternative option. Dogs for Warriors was the answer, but either way, Devlin's career serving his country would be little more than a desk job.

Christy and Devlin aren't looking for romance. All they want is to ensure Devlin's service dog, Gunnar, is properly trained. Chemistry sparks, but a firework sends the world crashing down around Devlin. He's ready to throw in the towel and return Gunnar for a servicemember who wasn't beyond help. Christy sets out to prove to him, bent isn't broken.